Home  »  Goals • Marketing   »   Goal Crushing With Help From Your Netwok 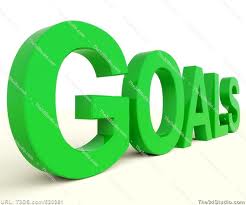 I’ve already shared a few times that 2014 has been an amazing year for me. All my annual goals were met and surpassed in most areas! I still have over 30 days left to see what’s really possible!

Accomplishing my annual goals was easy for me this year for 2 reasons:

1) My goals were saved on my phone to review daily. This kept me focused!

2) My network made accomplishing my goals possible!

I could name dozens of people starting with my wife who where there to hold me accountable and keep me on track!
I want to share a story about a how a new friend (actually met roughly 5 months ago) helped me cross a wish list goal off my list.

I’m sure you know who Pat Flynn is! If not you need to get over to smartpassiveincome.com and check him out. I would argue that he is one of the coolest guys in this online space. I came across Pat’s podcast over a year ago and he completely changed how I viewed my business.

As I was crushing my goals early on this year I realized I could accomplish whatever I set out to do.

I decided I was going to meet Pat Flynn just to thank him for what he has taught me on his show.

Pat Flynn is an “A” lister from San Diego and I’m an average guy from Cleveland. I felt this was not going to be easy to get his attention.

I started working on strategy in my down time to try and get him on my show, or write a check to a charity he may be involved with but I couldn’t come up with a solid plan.

This is where my network came into play!

My friend Johnny Lee Phillips is a Blogger/ Podcaster check him out at johnnyleephillips.com Networking seems to be a high priority to Johnny Lee as he does not miss a single event! He has been to Everything from Podcast Movement to Dave Ramsey’s live events.

About a month ago he shared on Facebook that he was going to a Pat Flynn meet and greet in Columbus Ohio and wanted to know who else was in!

Without hesitation I responded immediately, thanked him and stated I was in! Johnny Lee just introduced me to Pat Flynn! I didn’t have to jump through a bunch of hoops or write a check. How’s that for an awesome team member!

You may be thinking Johnny Lee Phillips and I go way back but that’s not the case at all. It was actually through twitter that we met. Here is how it went down:
Jared Easley from starvethedoubts.com tagged me in a conversation he had with Doc Kennedy on Twitter. When I went to his page I noticed he was having a conversation with Johnny Lee Phillips. I decided to check out his show Your Life Detective and he shared a story about how some investments he made in the real estate game had almost beat him up before he got them sold! I could totally relate to this as I lost BIG at my first round of real estate investing in early 2002. I reached out to him on twitter, shared my first round real estate story with him as I could relate to what he went through and that’s how we became friends.

Now back to the Pat Flynn meetup

Not only did Johnny Lee introduce me to Pat but he put me in a room with several highly motivated entrepreneurs that were eager to network and help build each other’s online businesses.

From that meetup I met Travis Scott from stuffparentslike.com not only does Travis deliver great content on his site but he has already made me $$$$ with his Amazon FBA: Learn how to earn 1K/month working part-time program. That’s a great friend!! I’ll be sharing a follow up post in the coming weeks about how much I made using his strategy. You can grab a copy of his program HERE. I highly recommend it

I also met Podcaster/ Blogger Raymond Gooch from jobsearchthatworks.com who had no problem sharing Facebook marketing tips with me that he had learned from Amy Porterfield

I met Mark Harmon who is currently laying the foundation for some killer niche sites he is building. Keep an eye out for him he is gonna crush it in 2015!

I met 2x best selling author on amazon.com Joshua Lisec who I hope to work on a project with in 2015. Joshua has SKILLS! Check out one of his articles HERE

Those are just a few of the guys from that meetup I’ve had an opportunity to network with recently. There still is Oliver Jordan, Andrew Hartley, Ryan Battles, Phil Ferguson and John Miller that I’d like to connect with so we can hold eachother accountable to boost our businesses!

So let’s recap why it’s so important to always network, especially with individuals you can relate to but are also a step ahead of you.

Do you think when I set my goals last November I had any clue I would end up being coached by Kimanzi Constable who introduced me to Doc Kennedy who is friends with Jared Easley that tagged me in a conversation that ended up leading me to meet Johnny Lee Phillips who introduced me to Pat Flynn and 12 other kick ass entrepreneurs….
I would laugh at you if you came to me and told me that’s how one of my 2014 goals was going to get crossed off the list! But that’s exactly how it went down!

Now moving forward to 2015 and making it the most amazing successful year of your life, don’t be like everyone else, wait till January 1st to set new goals and give up on them by January 15th!
Goal setting, networking and taking action changed my life and I know that anything I set out to do is achievable!

Follow my lead on this one thing, sit down right now and write down all your goals you WILL accomplish in 2015. Keep them in your phone so you can review them daily and take action on them RIGHT NOW!!

This little trick gives you 13 months to crush your annual goals and sets you apart from the rest of the lames that give up in the first 2 weeks of every year! 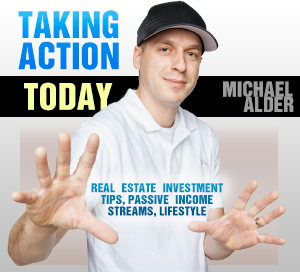 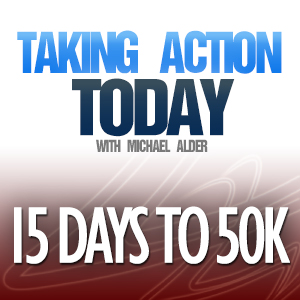